With an output of over 1.2 billion barrels of beer per annum, Molson Coors’ Burton-on-Trent site is Britain’s largest brewery. Supplying the nation with high-quality lager requires large volumes of purified water. When Envirogen Group was awarded the service and maintenance contract for the existing water treatment system, a series of health checks and audits revealed an alternative solution that would deliver a return on investment within a year, while reducing energy bills by 35% and water waste by 40%. 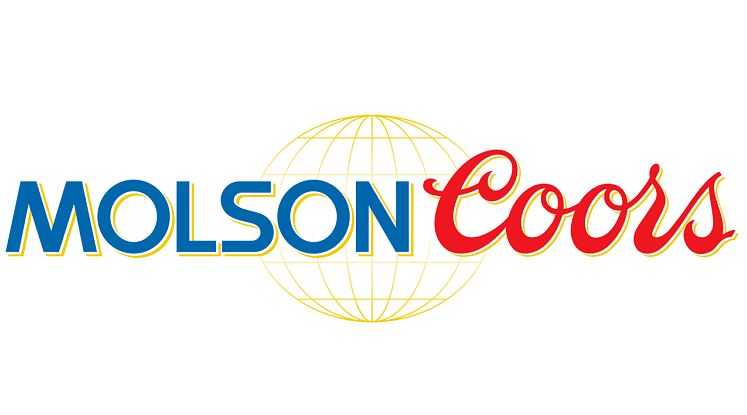 “Molson Coors awarded Envirogen the service and maintenance contract for their Burton-on-Trent site to maximise water treatment system equipment uptime and deliver maximum efficiency,” says John Jepson, Commercial Director, Envirogen Group. “We take a holistic approach to our work on sites like this. We were brought in to maintain an existing water treatment system, but we soon identified substantial efficiency savings that could be made within the process.”

“Molson Coors has high sustainability standards and aims to reduce water usage in its breweries by 22% by 2025. This ambitious Beer Print 2025 target aims for a water to beer ratio of 2.8:1. By taking a holistic approach to water use on-site we were able to demonstrate considerable energy, water and cost savings that feed into the brewer’s corporate and social responsibility (CSR) strategy.” 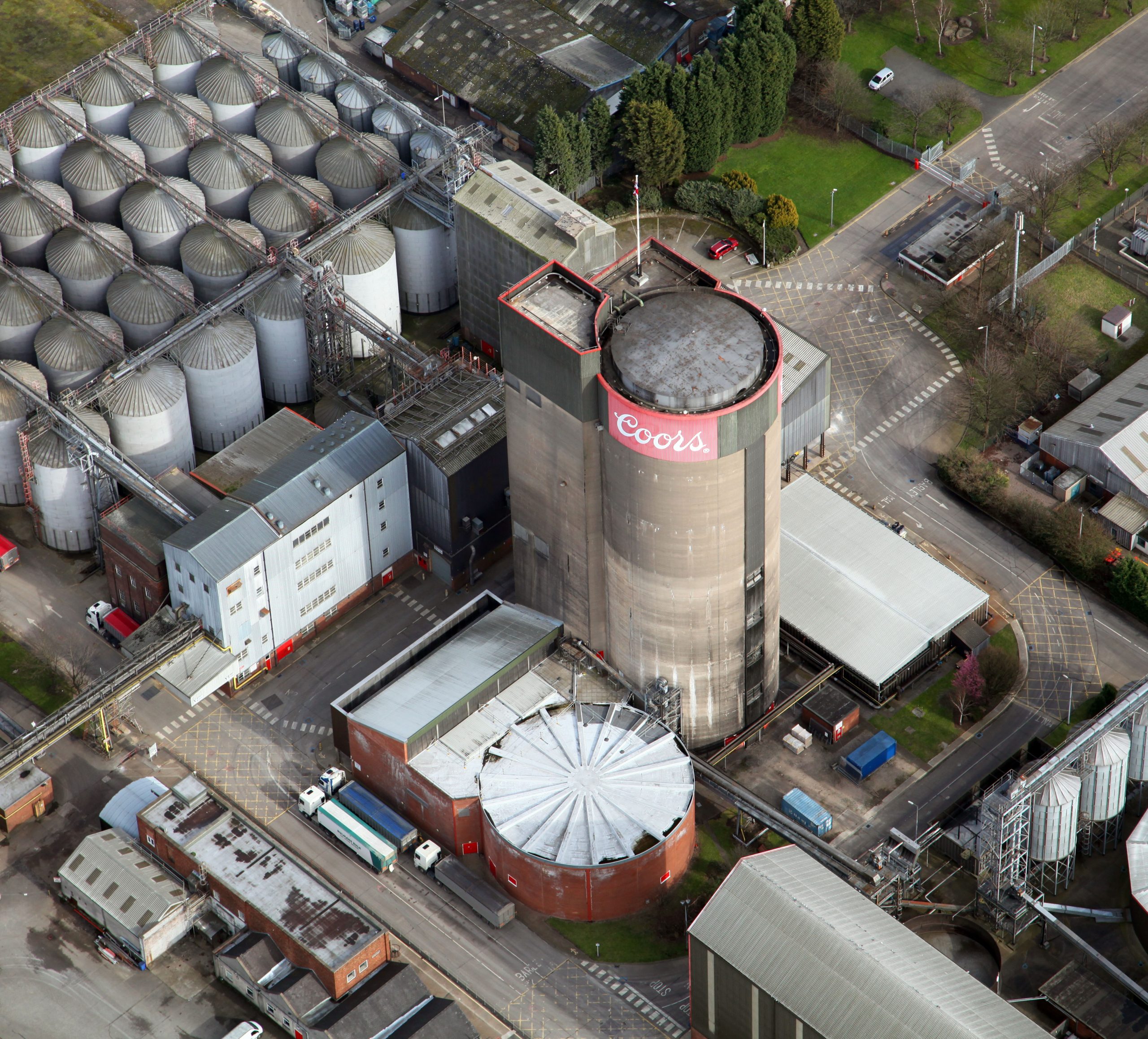 As Britain’s largest brewery, Molson Coors’ Burton-on-Trent site has a very high demand for purified process water. Water is the largest ingredient in the brewing process and it must be of a consistent composition to ensure that every bottle leaving the factory achieves the same flavour profile that the Molson Coors brand is famous for.

The Burton-on-Trent site draws water from boreholes accessing multiple aquifers. The water quality from each aquifer is different, with wide ranges of dissolved salts and ions. By using reverse osmosis systems, the water can be demineralised to a standard quality before a precise recipe of new ions and salts are added to ensure a uniform water makeup.

Firstly, water savings were delivered by analysing the control sequences when different RO skids were brought online. By starting fewer skids when the treated water tank level dropped to the initial start trigger, we reduced the water losses associated with rinses on start-up and shutdown. More skids were brought online as the tank water levels dropped, matching the production outputs to the demand. By installing new controls to limit the start-up and shut-down sequences, the production cycle was improved and the number of rinse cycles reduced. This activity, combined with the borehole optimisation, released an entire reverse osmosis skid.

“Next, we evaluated the source water,” continues Jepson. “The site was using 15 different boreholes but the demand wasn’t so great that it needed to use them all together. Some boreholes had particularly hard water with a high level of dissolved salts and ions and were creating an extra challenge for the existing RO system, leading to increased clean-in-place (CIP) frequencies and plant downtime. We quickly identified the boreholes that should be used regularly and those that should only be used as an emergency backup, when water levels are low or where other boreholes might be put out of action.”

“By adjusting water intake quality and the operating levels associated with the treated water tanks, we were able to create enough efficiencies to release a RO skid,” explains Jepson. “We suggested using this system as a water recovery unit. The concentrate wastewater from skids one to four is now fed through the fifth skid so that 50% of the concentrate water is recovered as high quality permeate. This, together with energy-efficient multi-stage pumps, means that the solution will deliver considerable savings throughout its life and a fast payback on the initial investment.”

After the optimisation stage was complete, Molson Coors requested a review of the reverse osmosis membranes. The membranes were due for replacement in the coming months and instead of replacing like-for-like as standard, alternatives were evaluated and the Envirogen team were able to recommend a new membrane type that would offer the same high-quality water at a lower operating pressure. The team also took the opportunity to action system upgrades to the pumps and install inverter drives. These combined changes generated significant cost and energy savings.

Molson Coors is saving 40% process water and 35% energy a year, due to the more efficient pumps and membrane configuration. 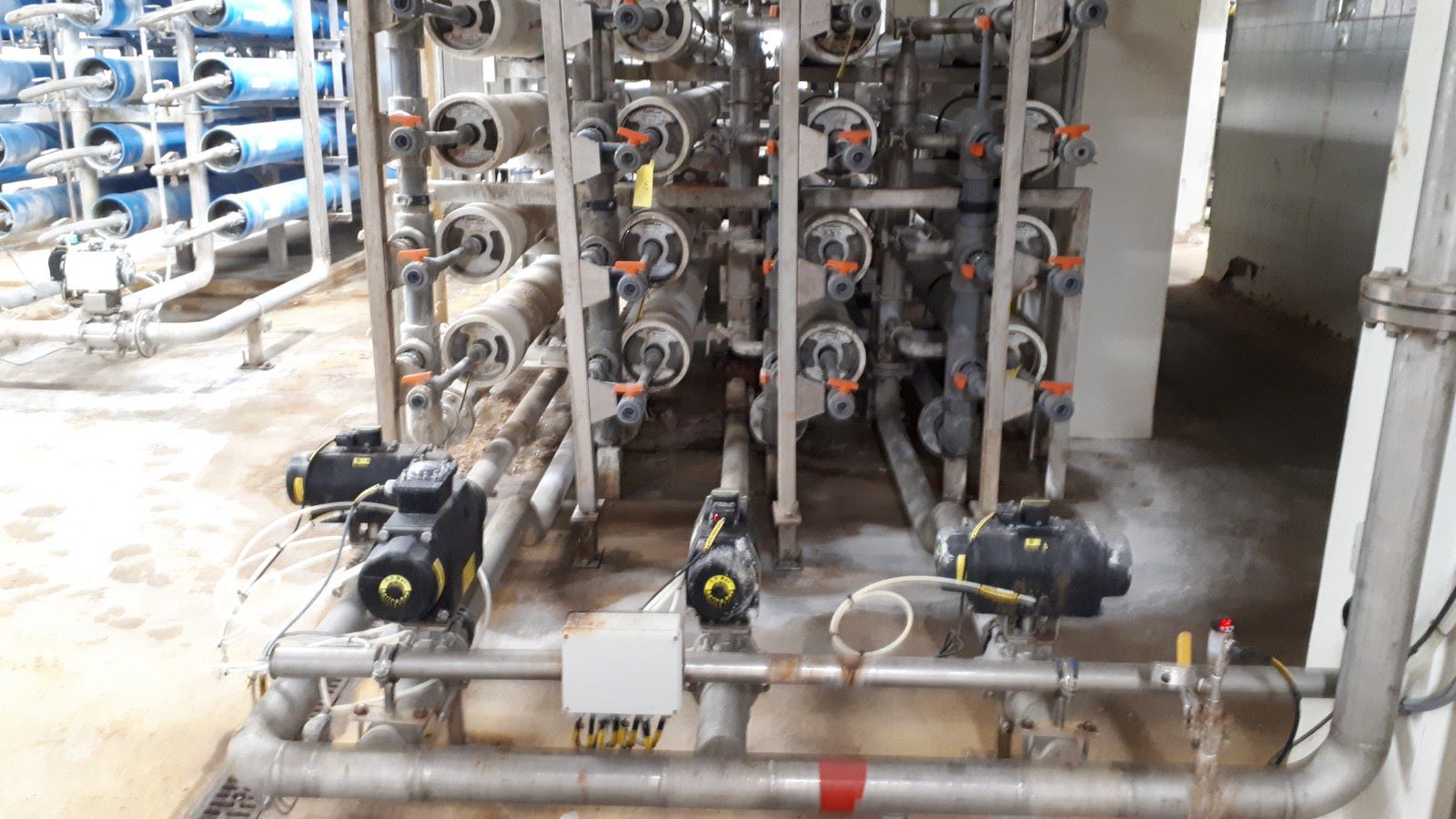 Return on investment realised in less than a year

The new reverse osmosis solution operates at a much lower pressure than the previous system due, in part, to the more efficient pump and low energy membranes. The additional efficiencies realised by the borehole feeds and change in tank filling mean that Molson Coors now has the same high-quality outputs at a much lower cost. Although the new technology required initial capital investment, the operating costs have reduced and the equipment paid for itself within a year.

“We were able to make such large savings because we understood every detail of the water treatment system,” concludes Jepson. “Our comprehensive assessments and audits enable us to design a programme of coordinated upgrades and refurbishments. We use tried and tested technology to get the outcomes our clients need.”

• Significant cost savings identified through a programme of continuous improvement, delivered by regular client contact through the existing service and maintenance plan
• 40% reduction in water use achieved through upgrades and adjustments to existing machinery
• 35% energy savings per year generated through changes to operational usage and upgrades
• The system delivered payback on investment within a year
• The project helped Molson Coors meet its 2020 target of a water to beer ratio of between 3:1 – 3.5:1. It also helps the business work towards its Beer Print 2025 target to reduce water usage by 22% and achieve a water to beer ratio of 2.8:1.

Molson Coors is a global brewer of beers and ciders with a strong history spanning over 240 years. They own Britain’s biggest brewery at the Burton-on-Trent site where they manufacture well-known beer brands such as Carling, Coors and Miller.