While sterile services had been centralised from 2007, endoscope reprocessing was carried out at each of the Trust’s three hospitals: Pinderfields Hospital in Wakefield, Pontefract Hospital, and Dewsbury and District Hospital. When issues arose with the endoscope reprocessing department at Pinderfields Hospital the service was initially moved to Pontefract Hospital, before a mobile endoscopy unit was hired in.

With the issues appearing irresolvable and equipment at the other hospitals approaching the end of its working life, it was time to look to the future. 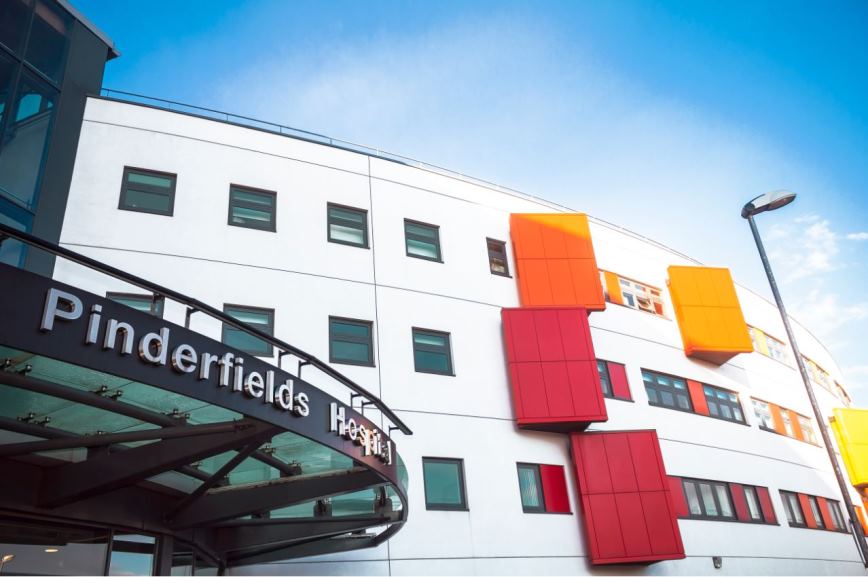 “I was pleased Envirogen Group were chosen” says Angela Fairbank, the Trust’s Decontamination Services Manager and Decontamination Lead. “The modular approach is highly flexible. You can easily add to it. It’s based on a proven reverse osmosis water system technology.”

“Envirogen have a lot of experience and a good reputation. They’ve been in the market for a long time. We have their RO systems on other sites, so the estates engineers have plenty of experience of them.”

Angela explains: “I wrote a business case to provide a centralised endoscope decontamination facility. It was designed to provide a phased facility over a four-year period. The business case was accepted, and we began the renovation programme. Sterile services had a second clean room, which had been taken over by our supplies department.”

“I got the space back and re-designed the facility to be ISO 13485 compliant. We’re working towards JAG (Joint Advisory Group) accreditation during 2020. Centralising gives us the economies of scale. The new endoscope washer-disinfectors (EWDs) have shorter cycles too,” explains Angela. “We’ve invested in more endoscopes, recruited further consultants and a nurse endoscopist. So, we are actively increasing our lists.”

“The scheme is designed to take endoscope reprocessing for all three hospitals. While the number of endoscope washer disinfectors increases over the phased programme, the RO plant was specified to cater for the full requirement from the start.”

“The first phase, opened in September 2019, serves Pinderfields Hospital. So, that we take the current machines to the end of their working life, Dewsbury and District Hospital moved in Summer 2020, and Pontefract Hospital will be moved in 2022.”

While endoscope reprocessing and packaging could be accommodated within the re-designed facility, a separate plantroom was required to house the RO system. 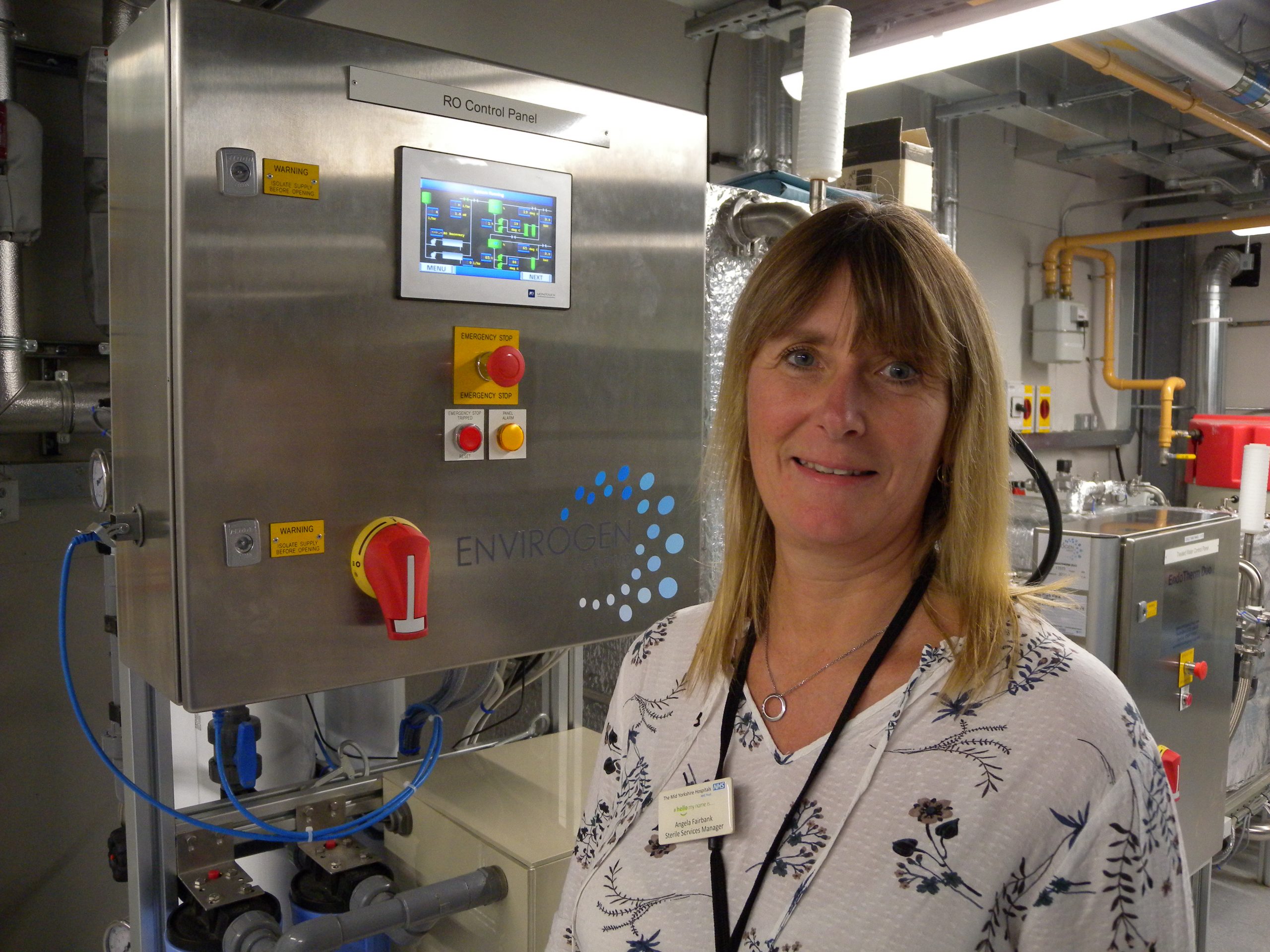 Called in at the eleventh-hour

“We ended up with the reverse osmosis system being part of this separate building contract.,” explains Angela. “The EWDs were selected by the Trust’s capital team. We used the NHS Supply Chain and had presentations from various manufacturers, rating them using a scoring system.”

“We chose Wassenburg, which require a cold and hot-water feed, and passed that selection on to the building contractor to come up with the design. The contractor knew the RO system would be between two companies but had designed the scheme based on the one used in the mobile endoscopy facility, which was cold water only. When we selected Wassenburg, which require a cold and a hot-water feed from the RO, they had to re-design the system.”

“At the eleventh-hour the contractor went out to competitive tender to the various reverse osmosis water treatment system suppliers.” Following and extensive technical and commercial tender process, Envirogen was selected to provide the hot and cold-water compliant RO system.

“I sent the design to Terry Easy, our AE(D). He approved that he was happy with the selection,” says Angela. “Everything had to happen very quickly. While I was not really involved in the system contract, as that was the responsibility of the building contractor, I had to ensure we met the deadline. I brought Wassenburg and Envirogen together.

“The Envirogen installation went very smoothly, absolutely to timescale. We had weekly planning meetings to ensure everything went ahead as scheduled. We had to go through all the water testing and waiting for the mycobacterial results, which takes 28-days. The water test passed first time.” 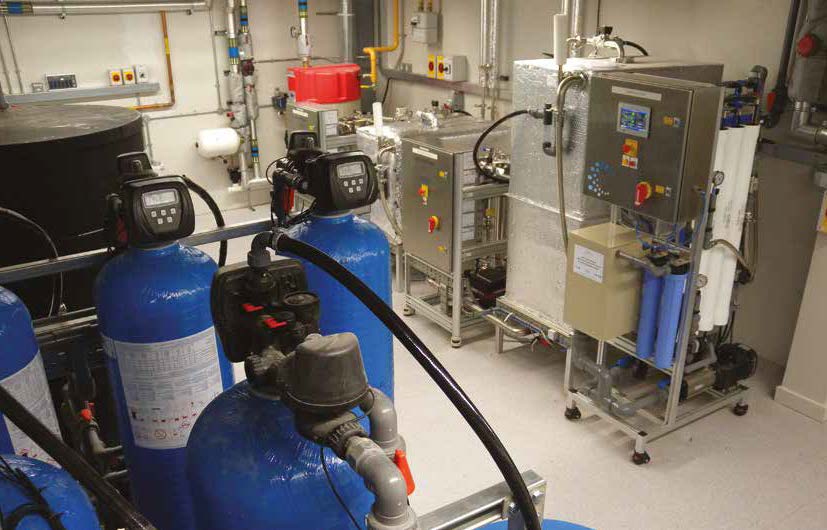 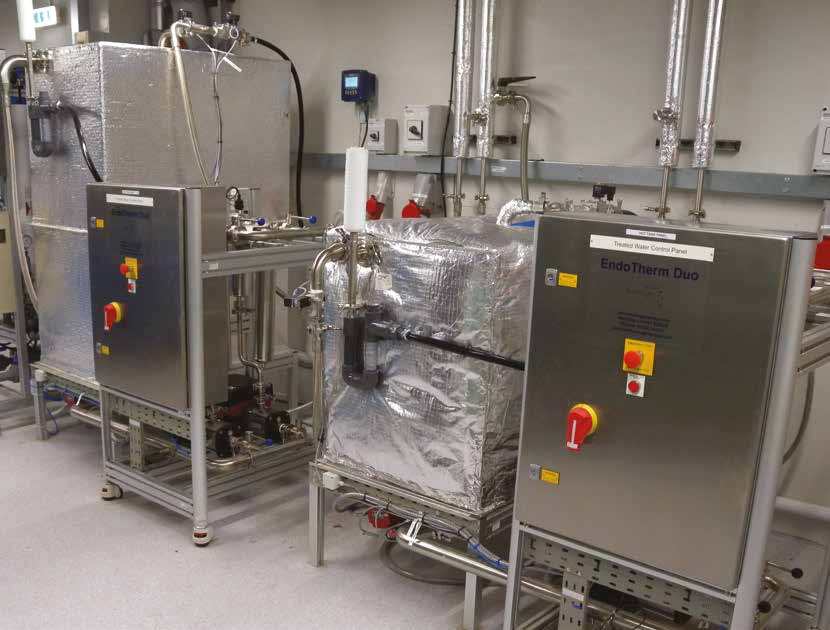 “The RO plant is so simple to upgrade as further machines are installed – it’s future-proof. The system is remotely monitored. So, Envirogen are aware of any potential issues and can make adjustments, if required.”

“The contract in the tender process was for emergency maintenance. I discussed the service contract and my site-specific requirements with Allan Wigglesworth, Envirogen’s Healthcare Market Manager. He was very responsive and made the changes. We now have an eight-hour response. It’s all-encompassing. We don’t have any additional costs. We’ve taken a three-year contract to fix the cost. The first call is to our engineers for any trouble-shooting, but it’s all been running smoothly since we went live.”

With an office in the centralised facility, the estates officers for decontamination are Andrew Holland and Stuart Macdonald. “We know the RO system well,” explains Stuart. “We have Envirogen at other hospitals. They only needed to give us basic training. It’s all worked perfectly since it was installed.”

Terry Easy, the Trust’s AE(D), adds: “I only had limited input into the reverse osmosis system as it was supplied as part of the building contract. I stated that it had to be a duplex system and have built-in resilience as it would be supplying eight endoscope washer-disinfectors.”

“We installed one of our EndoTherm Duo Modular systems to feed a series of Wassenburg WD440PT washer-disinfectors. There will eventually be eight endoscope washers-disinfectors in total, initially, the system is feeding four machines. These require both a cold RO feed and a hot RO feed. So, we have a duplex RO system, feeding two treated water tanks/pump sets – one running hot and one running cold along with two stainless steel ring mains.

“We installed all the points of use for the second wave of washers so there would be no downtime/revalidation of the RO water system when the further machines are installed. The duplex RO unit was sized to feed all eight washers but has been installed with only the RO membranes fitted that are required to run the initial four machines. This avoids inflating the current running costs.”

The Mid Yorkshire Hospitals NHS Trust provides acute hospital services to more than half a million people living in the Wakefield and North Kirklees districts of West Yorkshire. It offers services in three main hospitals – Pinderfields (Wakefield), Dewsbury and District and Pontefract.